Clarity is a fine example of a well equipped cruise ready Fountaine Pajot Lavezzi 40. Her current owners have equipped her for cruising in the Caribbean, but have had to change their plans. Their loss if your gain. Some of the key features to the yacht include: 2500 watt inverter Three new solar panels (2015) Reinforced dinghy davits (2015) New bimini top (2015) New mainsail stack pack (2016) Electric heads New oven (2013) New refrigeration system (2013) New house batteries (2015) New genoa (2013) New trampoline (2015) Fresh bottom pain in January of 2016 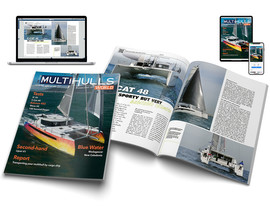