AKRON is a racing trimaran ORMA 60 built by CDK Technologies in 1998. She is one of the best ORMA 60 trimaran ever built and one of the few for sale left on the market. Originally launched as GROUPAMA 1 and renamed HIQ later on, then SJOVILLAN and now AKRON AOTON 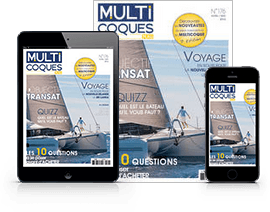